Why we love Doll Hospital Journal 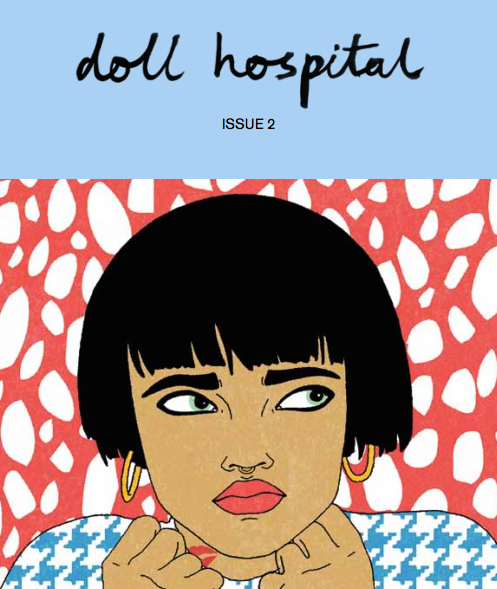 Doll Hospital Journal is important.
Bethany Lamont started the zine last year, when her tweets about suicide and depression started freaking her friends out. After speaking to them about it, Lamont, who was a PhD student at the time, used her Twitter to call for submissions for a mental health publication. It would serve as an outlet for her and others like her, who are plagued with mental health issues. She started a successful Kickstarter campaign last year, and Doll Hospital Journal was born.

This December, the art and literature journal about mental health published its second issue, featuring poetry, comics, illustrations and essays from a range of contributors. And they’re not just jaded shrinks and intellectuals positing theories about the study of sadness. They are people who suffer the day-to-day reality of having a mental disorder, while turning their pain into prose, poetry and paint.

Doll Hospital Journal has no precedent like it: it is created completely by and for people with mental health struggles, and we think that’s just how it should be. After all, who might understand the nuances of a sick psyche better than one who suffers it?

In an interview with Vice, Lamont says, “Some readers who have not experienced mental health struggles themselves can be surprised that not all the stories within our journal have a “happy ending” or perfect solution. But really, what does? There’s no point sugar coating this stuff. Mental health can be devastating – it can rip your world apart – and it can be affirming to just step back and be like, ‘Yeah, this really sucks’.”

And it really does suck. According to the Mental Health Foundation’s report, mental disorders contribute to 28% of the UK’s total burden of disease, with one in four people suffering from a mental health problem every year. Lamont, who studied at Oxford University, is just one of a multitude around the country who struggle with the same issues, often without the required help and support. What’s more – those afflicted seem to be getting younger and younger. It’s painfully obvious that mental health requires a space for clearer and more critical dialogue, and the stereotypical ‘manic pixie dream girls’ of mainstream movies just don’t cut it. 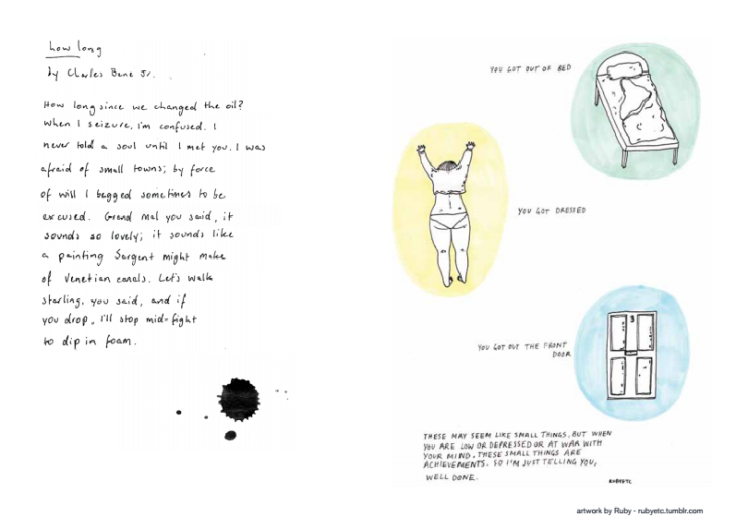 In our corner of the world, a few mental health charities publish journals and reports about the topic, along with publications like Asylum, who cover it from a more academic perspective. But what we enjoy most about Doll Hospital Journal, and what sets it apart from other material in its genre, is its extremely personal, honest and creative exploration of the same issues. Speaking to Germ magazine, LaMont stated her idea was to set aside romanticised notions and stereotypes of mental illness, and use what remained to create a new standard, where its sufferers can speak on their own terms.

In our opinion, it is an idea that is both profound and necessary.

Get your copy of Doll Hospital here.

Oddball is a celebration of alternative culture, distilled through people, places and perspectives that grow in the shadow of the mainstream.